Contrary to popular belief, tomatoes are not the only heirlooms out there. Heirlooms are plants that are grown from seeds that have been passed down through the generations for at least the past 50 years. They must also be open-pollinated, which means they’re pollinated by insects or wind without human intervention.

Your organic vegetable garden wouldn’t be complete without some heirlooms. So grab your shovel and get ready to plant.

Here are six heirlooms we love!

This cucumber is also known as yard-long cucumbers or snake melon, because of the cantaloupe-like scent that’s released when sliced. It yields large amounts and turns yellow when ripe. They’re also great for slicing and pickling!

It has a blackish green rind that covers its bright red flesh. The seeds are black and can grow to be pretty big. This watermelon is drought resistant and prolific, which means that it produces a lot of “offspring.”

This plant yields large amounts of pods that should be harvested when they reach three inches long. It will keep growing until the weather cools down during the fall, so it’s possible for them to grow up to 6 feet or taller in warmer areas. It is also a traditional favorite for soups and stews.

This cabbage is dark green and has a smooth, sweet flavor. It usually harvests pretty early, but is slow to split and bolt. After it matures, it’s best to keep it in the garden for another two to three weeks. It is also really rich in vitamins and minerals.

This plant is grown in the cooler seasons and is desired for its root, the Swedish turnip. It is essentially a natural cross between a cabbage and a turnip, but its yellowish root and smooth leaves differentiate it from an actual turnip.

The squash starts off as white and eventually changes colors to a pale yellow once it matures. It can yield up to four or 5 plants and they will last several weeks after harvesting. This plants it known for its double as a healthy substitute to pasta.

Once your vegetable garden gets growing, don’t forget to feed with an organic fertilizer such as Garden-tone. 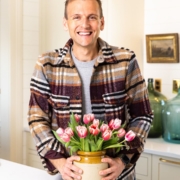 Why Gardening Should Always be a Team Effort 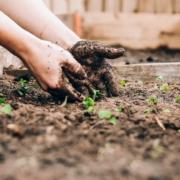 How to Use Succession Planting in Your Fall Garden 6 Vegetables to Sow During Early Spring